The first part of Day 5 was spent traversing the rest of Minnesota, across most of Wisconsin, and then on into Illinois.  The flatness of the topography persists across most of this stretch of I-90, with little of the charm that we found in the heart of the Midwest.  It is beautiful, don’t get me wrong. But, it is that relentless, unending spew of farms, moderate rolling hills, with gradual passages into green deciduous patchworks, that can actually become tedious.

And then, there is the attitude adjustment…

The fact is, Wisconsin and Illinois are both highly politicized states, where politics are a blood-sport. They care…a lot. And I mean, a lot. This is where you realize the paradox of a state that is governed mostly by a “Liberal” core in its major cities, with the rest of the very “Conservative” and widely geographically spread population in m,. the rest of the state, being angry about it to the point of making Fox News seem like NPR.

This is where the extremists find a home. Ann Coulter probably has a summer home here, where she stores her secret poison potions, and Italian designer brooms.

This was no more evident than in my mother’s “ancestral town” of Libertyville, IL, where we spent days 5-6 with my cousin Chuck.  I love the guy. He and his wife Stevie (short for Stephanie), are some of the nicest, attentive, sweet hosts you can ever meet.  But, if you are silly enough to bring up anything remotely political, (which could be as innocuous a statement as, “is it always this hot here this time of year?”) you will be instantly deluged with a torrent of political, right-wing rhetoric, which will make you step back in wonder. 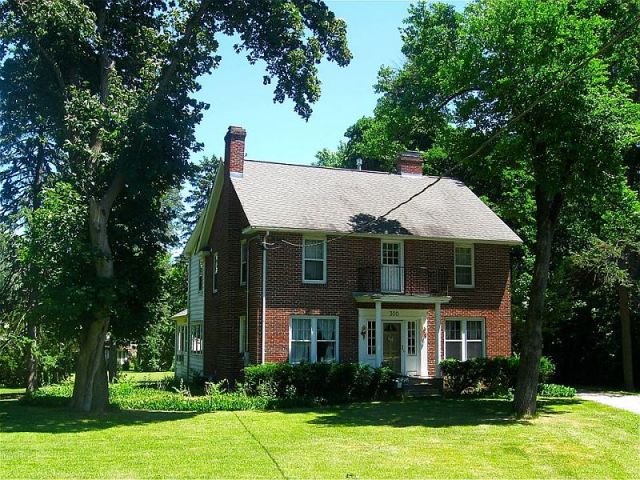 The home in which my Mother was raised, in Libertyville, IL. Beautiful… More on this later.

I’m not going to go into the details of the almost non-stop debates that went on (we really did try not to engage).  But suffice it to say, we discovered the epicenter of the “core listening audience” for both Fox News, local talk radio, and nonstop CNBC stock market reports (they have several forms of media, tuned to different sources of the same rhetoric) all fueling a fire that already burned so intense, you often had to look away or risk being consumed.

Again…I love these two people. They are a hoot and a half. But, the circular discussions (often fueled with a wide range of celebratory cigars and alcohol), was non-stop…as in, until almost 2A, on the night before we were scheduled to leave at 7A the next morning.

And I still hadn’t convinced Chuck that the Supreme Court doesn’t write laws…only offers opinions or chooses not to hear suits or challenges to laws. Look it up. It’s part of the Constitution…and in fact, a 5-4 vote, IS UPHOLDING the Constitution. Really.

But. we had a great time.

Chuck kept saying, “This is so great!! I never get to have these kinds of discussions. Everybody I know agrees with me. Except for my next-door neighbor, Bill, who is even far right of the Pope!”

Chuck wasn’t kidding. I won’t tell you the first thing Bill said about the President (but it rhymes with “Hag”). Followed closely by a blanket statement on Zionist control of the world. That followed by finding out that he has had a job with the county elections board for more than 15 years. Boom! It all made sense.

What also made sense is how the wind turbines that blanket the Illinois and Wisconsin farm fields can continue to turn, without as much as breeze in the air. They are obviously fueled by hot air.

Politics were everywhere. I’d hear people discussing issues and current events out loud in restaurants, grocery stores, and even the bathrooms (I told Chuck to stop following me in there).  Again…they are SERIOUS about this stuff.

EVERYONE was talking about Great Britain and the EU mess. They were watching the market drop, and working hard at trying to figure out a way to blame it on Obama.

YOU should listen to it as well… FIND IT HERE.

In fact, I’m sending this link to Chuck. He needs to hear about those who “run the country from their couch,” with an unending stream of vitriol…and how the President walks through the weeds to find hope and promise, even with the slightest “movement of the ship.”  Great Stuff.

Tomorrow… I’ll post about the Rock and Roll Hall of Fame, as well as the Little League World Series Museum. Both amazingly fun, and inspiring places!

You can actually WIN an election, just by winning these 11 states. Now…THAT’S NUTS!! 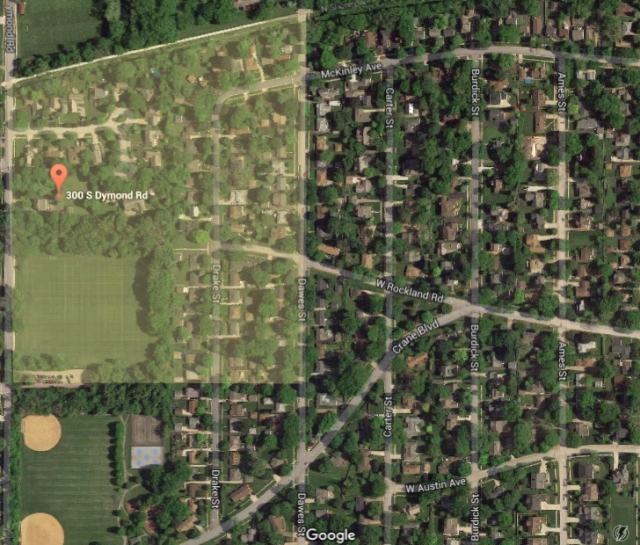 The area outlined in yellow is where the original Fairholm Gardens Nursery used to be. Today…it is a huge housing development and neighborhood park.

Here is a painting my Dad did of the original nursery, in the style of Grandma Moses…which give a good idea of how little was there, other than the greenhouse and trees in the nursery.

My mother’s family name still graces the street where the original greenhouse once stood.

Libertyville is a beautiful little town, a little over 40 miles North of Chicago. 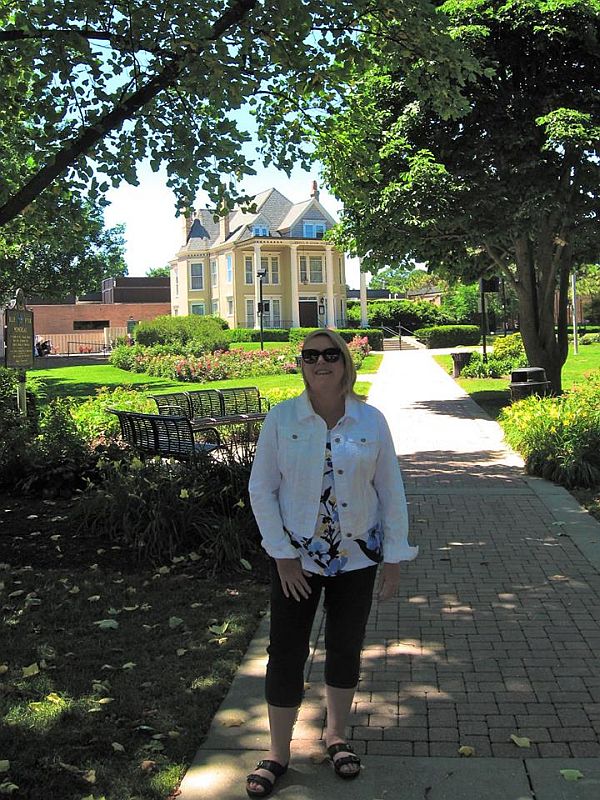 I'm a very complex person...no...really I am. It may seem like I only golf, watch TV, and listen to Randy Newman, Tom Waits and Little Feat...but I am a deep, deep thinker...so deep that at times I just have to lay down. I love my family. I love my wife for putting up with me. I have held more jobs than a Pakastani immigrant...and have had three complete career cycles. 1. In my first life (rymes with first wife) I did almost every blue-collar job you can imagine...all with alarming ineptetude. 2. In my second cycle, I owned an ad agency, was an award winning music producer, and recording artist. And now, since the advent of the Internet... 3.I have been pretty much locked into providing services and marketing support to radio stations across 160 markets...while dablling with writing...continuing to write music...managing several blog sites, the country club web site, and being a grandpa...while working to pay for the weddings of my last three daughters. I will be working until I am 70...or 75...or 80. My advice to anyone who wants to emulate my life... DON"T!!!!! Stay in college. Have a good, long career in something with a decent retirement program and good benefits. You can't pay for your gallbladder operation with an Emmy Award. Really. I've asked.
View all posts by crankyoldguy067 →
This entry was posted in Rediscovering America and tagged American Society, Blog Rants, Carlsbad Caverns, CrankyOldGuy, Crankyoldguy Podcasts, Crazy Horse Monument, Entertainment and Music, Great Sand Dunes, Libertyville IL, Little Big Horn National Monument, Mammoth Caves, Mt. Rushmore, Obama and Mark Maron, Patric J. Miller, Rediscovering America, Rhinebeck AerodromeX Route 66. Bookmark the permalink.