Day 3… Getting Some Big Head(s)

Wow…really? Can you get any more salacious with a headline than that, especially when talking about a national monument????

I don’t think so. But, once again, it caught your attention, right? You are so easy.

Day 3 started with another of those “hey…we didn’t really plan this…but we HAVE to go!” kinds of  things that kept our heads spinning with the paradox that is this great nation of ours.

So many have nots…SO MUCH OPEN LAND…and then heartbreaking reminders about a past that almost no American can remember proudly.

But when we stopped for coffee at a local coffee stand, we were “welcomed” by a middle-aged Native American man, who spent a full ten minutes telling us his life story, before asking for bus fare.  He was proud of his daughter who was going to college this fall…the first from his family. He was even more proud that she had helped him get his GED in the past year before she left. He then told us of the “Little Big Horn” celebration a few miles away, and that we could all “laugh and cheer when Custer got his.”

New plans made…a slight diversion, leaving us enough time to get to Mt. Rushmore before closing.

It was time very well spent.

We figured out quickly, that regrettably most of the reenactments were taking place much later in the day. But, we did head on to Little Big Horn National Monument.  There, I started by “cashing in on my age,” with my very own Senior Lifetime Park Pass to virtually any and all National Park, Monument, or National Park managed attraction. It cost me $10. For a card that is good…as long as I live. BOOOYA!!

The entire story is overwhelmingly sad, and complicated by any standards. Needless to say, Custer’s hubris, combined with the “policies of the times” created a perfect storm of revenge for the Native Americans. It was one of the last times they won anything, after decades of losing their land, lifestyles, and freedom to a nation of opportunistic land grabbers.

Yes. I am married to a 5th grade teacher who teaches BOTH sides of every issue…and cheers for the Native Americans in every story. 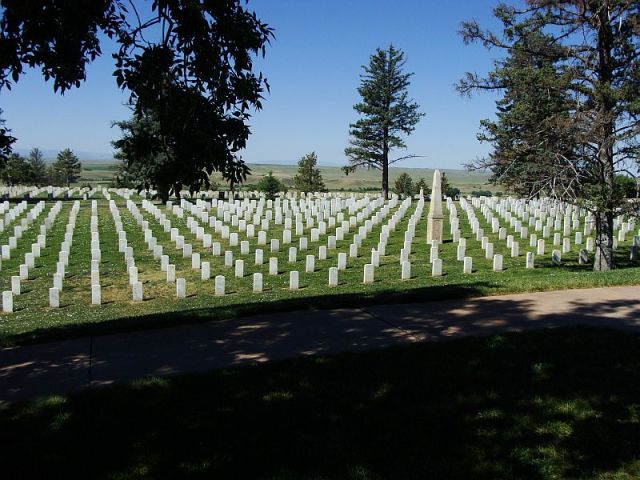 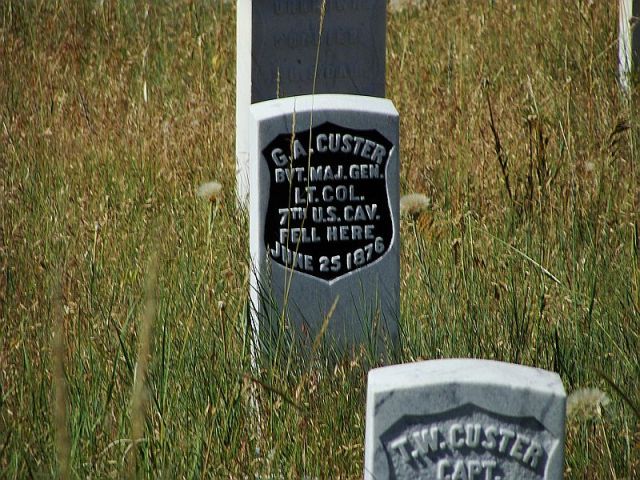 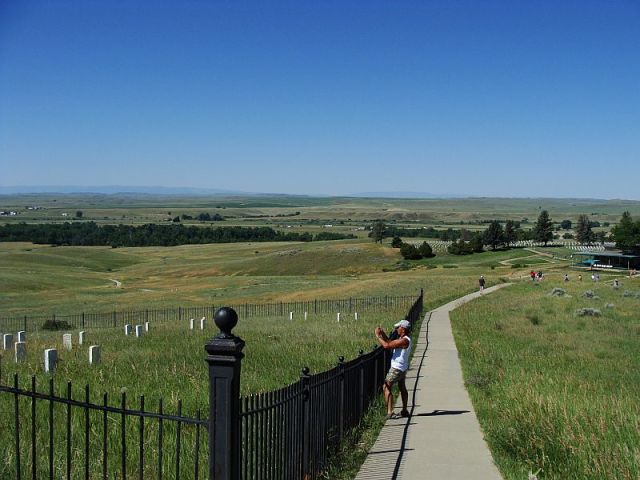 Heading off toward Rapid City, we once again hit Hwy 90 and passed countless towns that had not survived their being passed by the Highway system, and a few that had morphed into “tourist attractions.”

What is very clear, is that it may have been 140 years since the Battle of Little Bighorn, the plight of the Native Americans have not changed much.  I stopped counting the number of “Casinos” on the Reservation, as almost any building that sold food or beverages, also doubled as a casino.  But, the expansive, barren land that seems to go on endlessly, is no better suited to support a healthy, sustaining existence than it did when the Native Americans were told “this was their new home,” after being forced to march several hundred  miles from their native lands.

A scant 250+ miles across the reservation, after a great salad bar lunch in the one-light town of Broadus, we arrived in Rapid City. 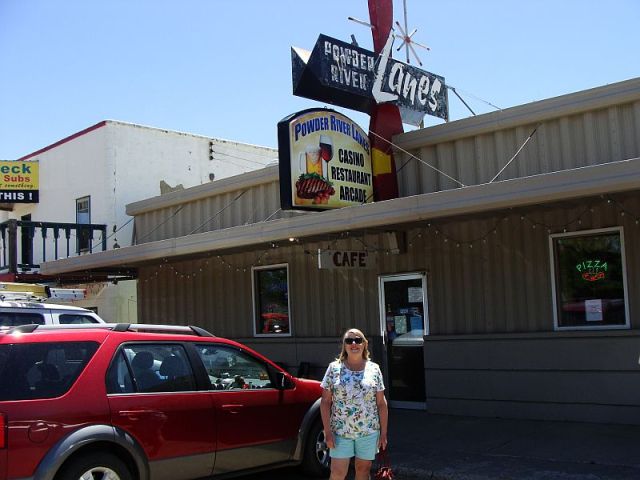 If the truth be told, Rapid City should be renamed to “Rushmore,” as nearly half of the town is dedicated to profiting off of the tourism that emulates from this amazing feat in stone.

The town of “Keystone” sits just below the gates to the National Monument entrance, and looked like they had moved Atlantic City, or some other tacky ocean-front town, into the Black Hills. We didn’t stop.

But, Mt. Rushmore is mind-boggling in its majesty, it’s design, and the reverence in which the National Park System honors the achievement. Everyone should go. It is that amazing.

And yes…the rumors are true…there is a vaulted hall near one of the huge figures, that holds copies of some of this nation’s most treasured documents. I’m not sure why. Maybe a failsafe should aliens find the huge heads thousands of years in the future, and wish to know more about the country that would create such an edifice to freedom, growth, unity, and future of the country. 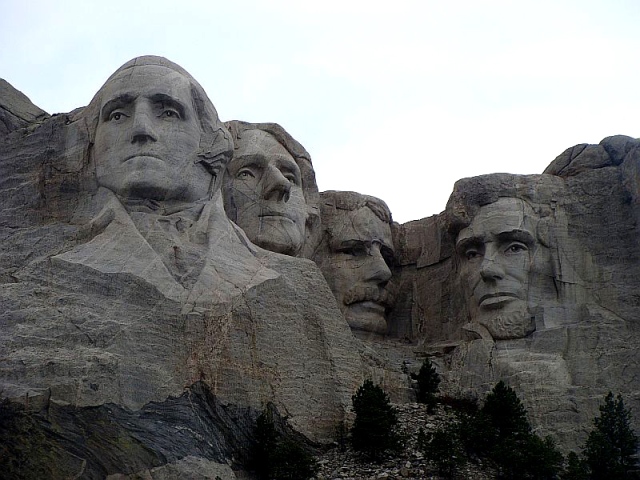 Just 15 miles south of Mt. Rushmore is the “Crazy Horse Monument,” (or as much of the monument that has been completed in almost 70 years of work.  This project is immense, and entirely privately funded. Most of the work being done by one family.  The work is slow…the results somewhat unfulfilling in detail…but the facility is HUGE. It is a giant monument to all Native Americans, with some of the most amazing collections of Native American culture, art, and archival materials. It was also breathtaking. 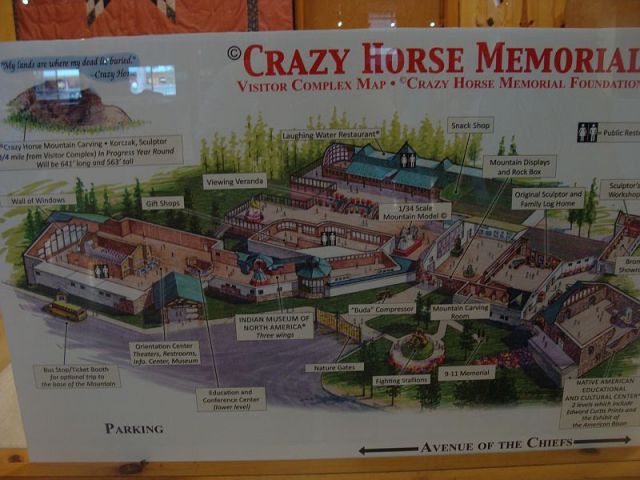 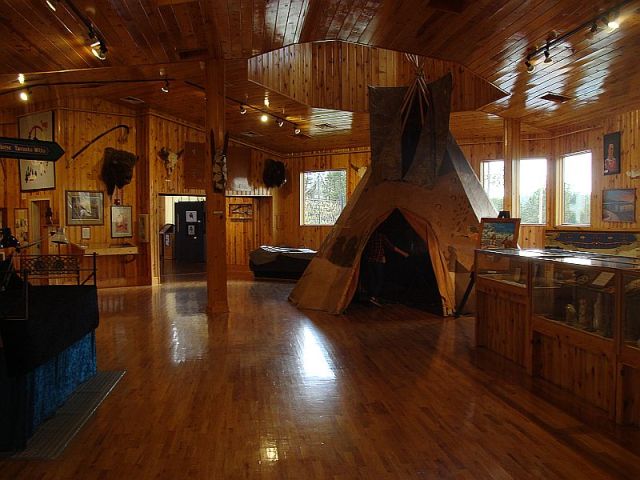 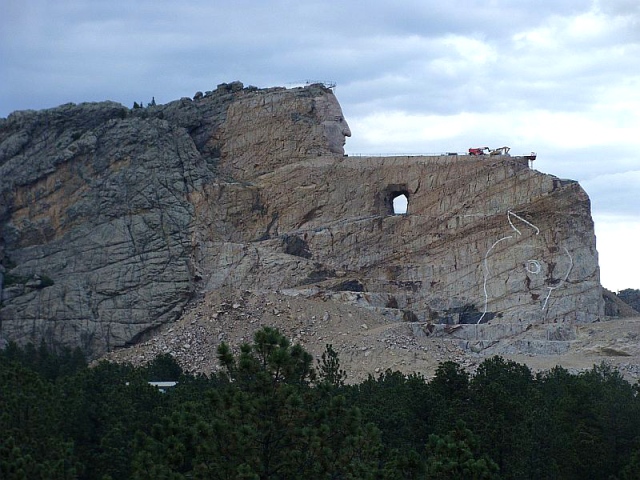 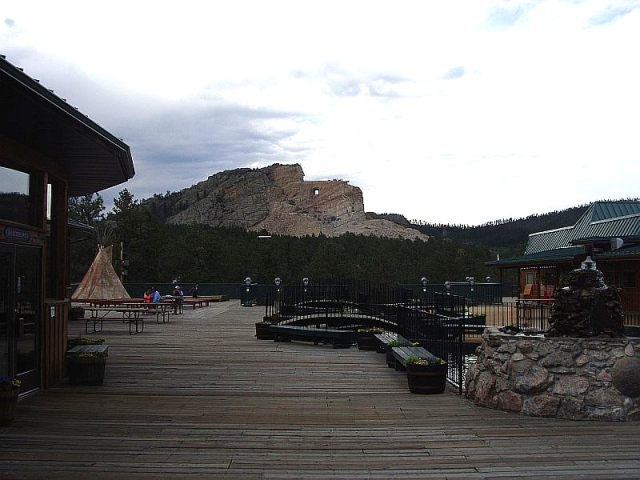 We beat a huge rain storm that seemed to skirt us with just a few drops, and we returned back to our motel room as night fell, and we hit the sack, ready for another day.

Tomorrow…we have 8.5 hours of driving ahead of us…with only one planned stop…at the World Famous One and Only Corn Palace…

I'm a very complex person...no...really I am. It may seem like I only golf, watch TV, and listen to Randy Newman, Tom Waits and Little Feat...but I am a deep, deep thinker...so deep that at times I just have to lay down. I love my family. I love my wife for putting up with me. I have held more jobs than a Pakastani immigrant...and have had three complete career cycles. 1. In my first life (rymes with first wife) I did almost every blue-collar job you can imagine...all with alarming ineptetude. 2. In my second cycle, I owned an ad agency, was an award winning music producer, and recording artist. And now, since the advent of the Internet... 3.I have been pretty much locked into providing services and marketing support to radio stations across 160 markets...while dablling with writing...continuing to write music...managing several blog sites, the country club web site, and being a grandpa...while working to pay for the weddings of my last three daughters. I will be working until I am 70...or 75...or 80. My advice to anyone who wants to emulate my life... DON"T!!!!! Stay in college. Have a good, long career in something with a decent retirement program and good benefits. You can't pay for your gallbladder operation with an Emmy Award. Really. I've asked.
View all posts by crankyoldguy067 →
This entry was posted in Rediscovering America and tagged American Society, Blog Rants, Carlsbad Caverns, CrankyOldGuy, Crankyoldguy Podcasts, Crazy Horse Monument, Entertainment and Music, Great Sand Dunes, Little Big Horn National Monument, Mammoth Caves, Mt. Rushmore, Patric J. Miller, Rediscovering America, Rhinebeck Aerodrome, Route 66. Bookmark the permalink.

3 Responses to Day 3… Getting Some Big Head(s)